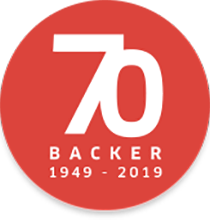 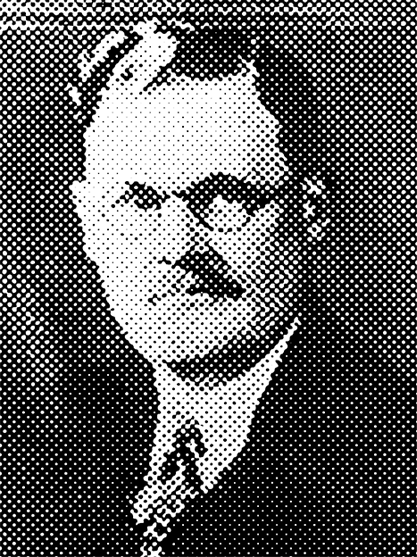 Christian Backer was born in 1885 in the village of Flisa, a little way north of Kongsvinger in Norway. His father was a crofter, but also ran a smithy. Christian Backer was the youngest of 8 children, most of whom emigrated to the USA and Canada at a fairly young age. Christian Backer proved early on to have an aptitude for research. Having passed his school-leaving examination in Kongsvinger, he became an assistant to a professor at the Norwegian Institute of Technology in Trondheim, while also pursuing his own studies. The professor he assisted was working on a number of projects, including extracting pure magnesium from seawater.

It was during his work with the metallic element magnesium that Christian Backer identified the properties of magnesium hydroxide and magnesium oxide, and recognised the potential for using pure magnesium, which is a good electrical conductor, to produce magnesium oxide, one of the best known electrical insulators and also an exceptional conductor of heat, even at high temperatures. 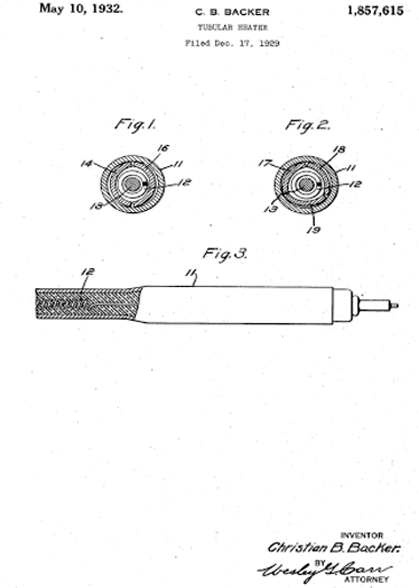 Subsequent patent to 1921 original one

By inserting a resistance coil into a tube of magnesium and then sliding it all into a protective casing, he both established the central function and assembled the basic components. It was then a matter of converting the electrically conductive magnesium into an insulator. This he did by introducing steam into an autoclave at high pressure, whereupon the magnesium dissolved and formed magnesium hydroxide, which in a subsequent heat process was converted into magnesium oxide and water.

Christian Backer’s fundamental concept and method was christened ‘the Backer process’, and it gave the world a new heating component that could be easily adapted for use by both households and industry. Compared to previously available designs that used electric coils insulated with steatite or micanite, Backer’s method was revolutionary. The original patent was filed in 1921, with a number of subsequent patents being added during the 1920s and 30s.Christian Backer’s objective was to use this new process to develop a product good enough to be used as a heating element in the manufacture of electric concentric hot plates, as an alternative to the gas stove. In order to facilitate the transfer of heat from the resistance coil to the shell tube, the element had to be crimped. However, a number of other problems remained to be solved before the product could be used as a high-quality heat source.Christian Backer emigrated to Canada, where he built a plant to carry out further experiments in Ottawa, Ontario. He engaged a former employee and friend from back in Trondheim, Johan Wetlesen, as the plant’s manager.Christian Backer now developed a complete concept for production facilities and sold licences for his method worldwide, including to:

In 1938, Christian Backer established a separate, wholly owned company called Backer Electric Ltd. in Rotherham in Yorkshire, England. Johan Wetlesen was appointed its managing director. He was succeeded in 1950 by Carl Kramer, a lawyer who was married to Christian Backer’s daughter, Mona. After Carl Kramer’s death in 1961, Stan Nimrod was appointed MD. Nimrod had been active in the company since its establishment.

The licence fees from the various companies provided Christian Backer with a significant income, being based on an amount per element produced, measured in kW.

After World War II, Christian Backer set about establishing a business in Sweden, predominantly because his wife Elsa had Swedish roots. Elsa was the cousin of landowner Nils Bernerup. In 1948, Christian Backer, accompanied by Johan Wetlesen, visited a number of leading Swedish manufacturers of electrothermic appliances to drum up interest in his product. Christian Backer now asked that any factory being granted a licence include the name Backer in its company name, but neither Kockums, Electrolux nor Elektro Helios were interested in changing their name.

Towards the end of their trip, the pair visited Nils Bernerup at Stora Bernstorp, where they discussed the situation. This resulted in Nils Bernerup and a group of local businessmen, including a member of the Riksdag, Erik Nilsson of Svalöv, becoming involved in the venture. Backer Elektro Värme AB was subsequently founded in 1949 and was jointly owned by the Backer family and the Swedish group.

Nils Bernerup was a successful pig farmer and bought his pigs from Smågriscentralen in Sösdala. Through the manager there, Gunnar Ohlsson, Nils Bernerup came into contact with district police superintendent Edgar Holm, who at that time was a powerful figure in Sösdala. With help from Edgar Holm, an area of land for a factory building was purchased from farmer Hilding Jönsson in connection with the parcelling off of the Tureholm farm.

Backer in England had, as its agent in Sweden, a retired captain called Bo Lindesvärd, who at some point negotiated a deal for double-insulated Backer elements for high-voltage applications with SJ. It was only natural under the circumstances for Lindesvärd to be appointed the new MD of the company. Engineer Bertil Håkansson from Tjörnarp was appointed production manager and sent to England to learn about the company’s production methods.

Pierre Schwob, a technical manager with SA Calor in Lyon, France, managed and inspected the entire installation process in Sösdala. During this period he lived at the Sösdala hotel. As Pierre Schwob only spoke French, Christian Backer’s daughter Margareta was employed as an interpreter and assistant. Margareta, in addition to being a trained opera singer, had also studied engineering.

Christian Backer died on 30 August 1952 while visiting Vedaverken in Södertälje on Backer’s behalf. Vedaverken supplied Backer with magnesium tubes. They had encountered a problem and when Christian Backer confirmed that they had not followed his drawings and instructions, he became so agitated that he suffered a cardiac arrest. Christian Backer is buried in his home village of Flisa in Norway. 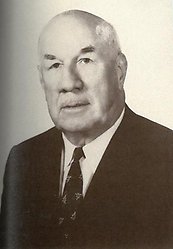 Backer Springfield celebrated 100 years in 2017 because of Edwin L. Wiegand

Edwin L. Wiegand recieved a patent for an electric heating element in 1915. In 1917 he opened Edwin L. Wiegand Electric company and began manufacturing electric heating elements under the Chromalox brand. Chromalox became a part of Emerson Electric Co. in 1968 and was acquired by NIBE/Backer in 2011 and became Backer EHP, Inc. WIth the added acquisition of Springfield WIre in 2012, Backer EHP Inc began marketing under the name Backer Springfield. Backer North America has become one of the fastest growing electric heat manufacturing companies in the US. 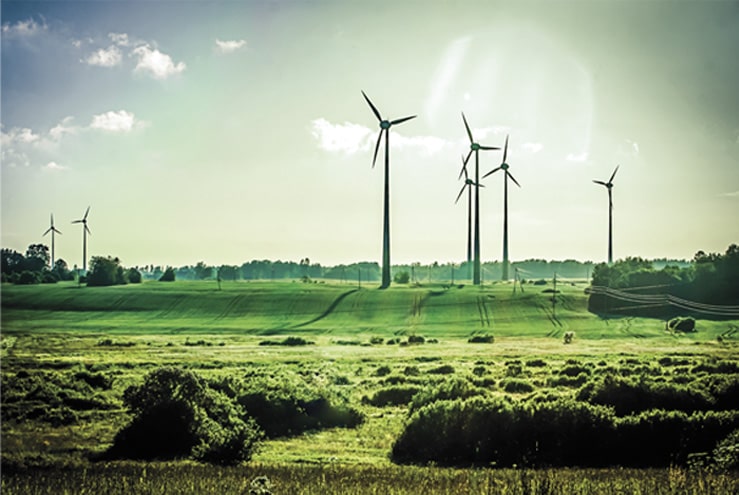 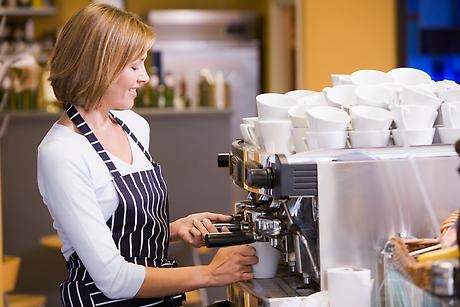 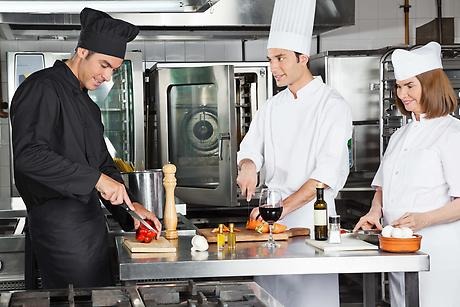 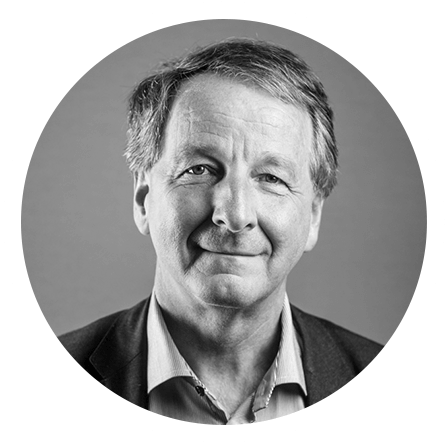 It may seem paradoxical that a technology that has been around for almost a century can help to solve some of the greatest challenges of our time, but the fact is that Christian Backer’s patented tubular elements can be found in many of our everyday products and play an important role in both modern cars and transport, and ecofriendly and efficient heating systems.“When you talk about heating today, you inevitably end up discussing heat pumps, solar energy and the like, which are, of course, important customer groups for us and which use a variety of our products and solutions,” says Christer Fredriksson, CEO of the Backer Group, which has its head office in Sösdala. “The ongoing electrification of vehicles requires, among other things, battery heating, brake resistors and heating of cameras and rear-view mirrors, while the rail industry needs heating for both trains and points. Backer develops, manufactures and supplies all of these things. In addition, increased consumption of electricity means increased production of electricity, which is the next big challenge. Here too Backer has a part to play as a manufacturer of products for wind turbines, including heating for blades and resistors for the control of turbines.”

”All of a sudden our products are a part of the solution to current climate problems. It is fascinating that an invention which dates back to the early 1920s can take on this role”

Backer has been actively refining its business concept for a number of decades. Through digital development, tubular heating elements, for example, can be combined with smart controls to help save energy and so reduce costs, among other applications. It often used to be performance that was the most important factor. Now the main area of focus is control.

Christer Fredriksson compares this to a car, where the number of horsepower is perhaps no longer the main selling point, having been overtaken by the car’s other features.

- Today we consider our business concept to be intelligent heating and control. This has evolved over the years as we have added new technologies, but also increased the added value. However, the element itself is still based on the same original technology.